Punk Toilet is an online video slot released by NoLimit City in February 2022.

The slot features a variable number of paylines, starting from 81, and a bonus game purchase option, while the maximum payout per spin can reach x33,333 of the bet.

Initially, the reels have a setup of 3x3x3x3x1.

Three positions on reel 5 represent a Glory Door that can be opened.

Three positions at the bottom of reels 2, 3, and 4 are also initially locked. 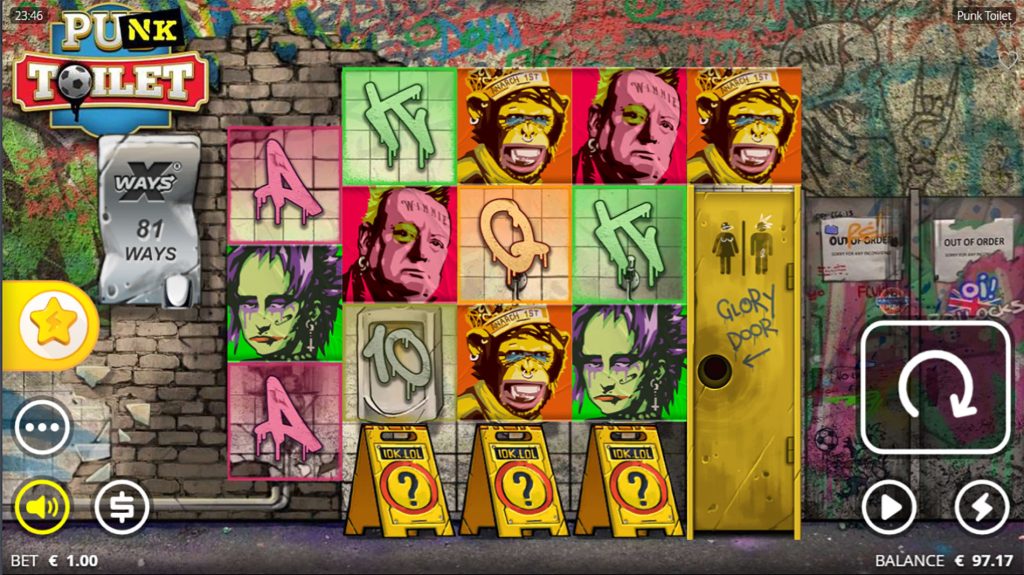 All symbols pay from 3 of a kind regardless of their value.

Wild substitutes for any symbol, except the Bonus symbol, and has no value of its own.

Locked positions at the bottom can be unlocked by landing Scatter symbols.

The Glory Door opens when the Loo symbol appears on reel 5.

The Glory Door may trigger one of the following features:

The xWays symbol may reveal the following symbols:

The player can buy the bonus game at any point.

There are 3 options to choose from: 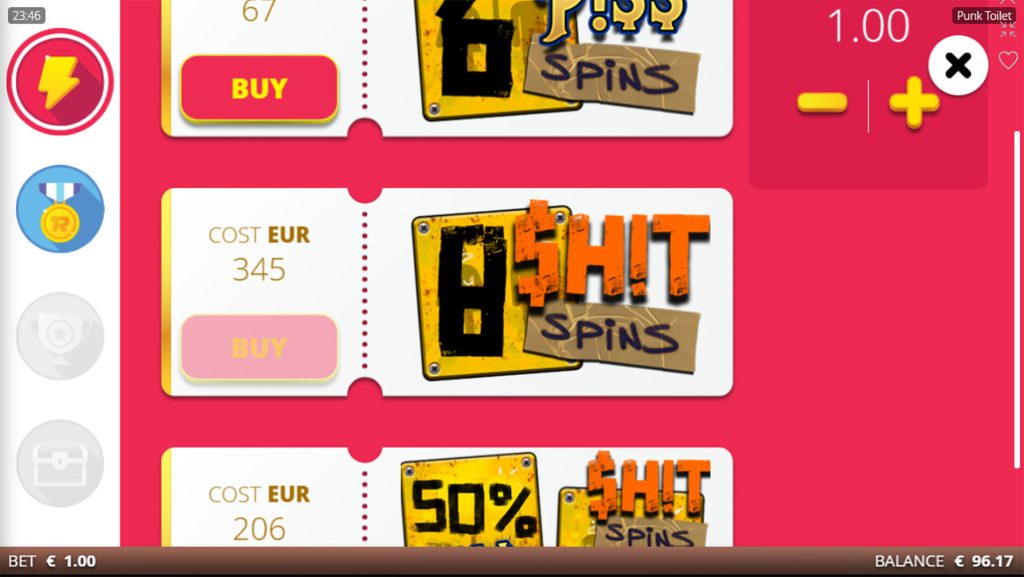 The bonus game starts when 3 Scatters appear. The Loo symbol is also included when determining the bonus game type.

a. Trigger
This bonus game starts when 3 Scatter symbols appear.

b. Features
Unlock Urinal positions on reels 2, 3, and 4 + character multiplier. 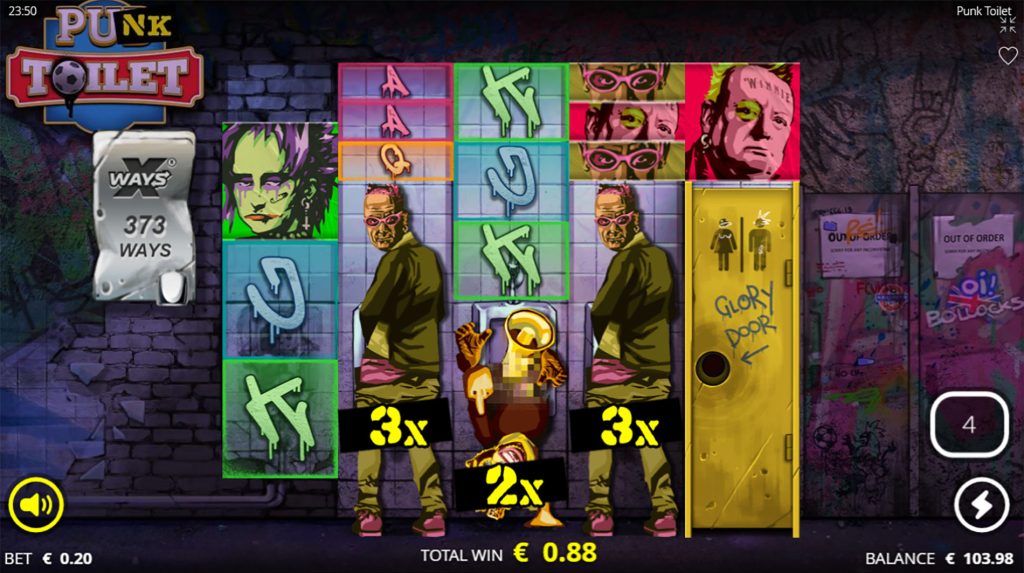 a. Trigger
This bonus game starts when 3 Scatter symbols appear along the Loo symbol.

b. Features
Unlock Urinal positions on reels 2, 3, and 4 + character multiplier + the Glory Door opens on each spin. 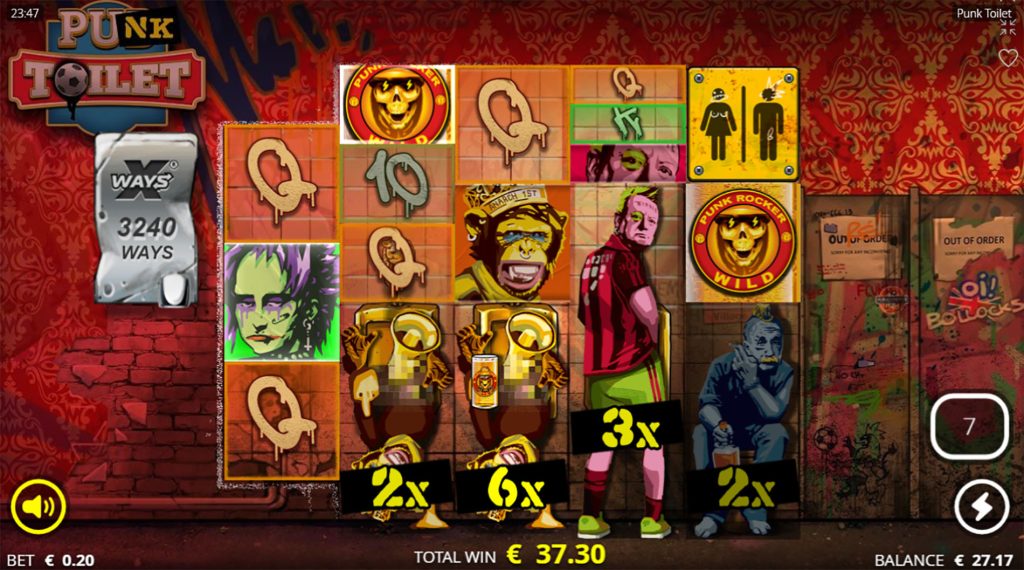